2018-02-05T00:00:01Published: Thursday, 1 February 2018
by Patrick Arundell
, contact Patrick on Facebook or Email.
This month features the Partial Solar Eclipse in Aquarius. What makes it even more spicy is that the Eclipse combines with Mercury and angles to Uranus. The next six months can be lively for sure...

This month features the Partial Solar Eclipse in Aquarius and of course Valentine's Day too. What makes it even more spicy is that the Eclipse combines with Mercury and angles to Uranus. The next six months can be lively for sure. However as February unfolds a more sensitive vibration develops, and with Mars squaring with a series of planets located in Pisces, a heightened level of reality can affect us all. For your FREE Monthly Horoscopes February 2018 please see below...

This month is dominated by two Eclipses, the first occurred on the last day of last month and the second will be on the 15th of February. All this puts a great deal of emphasis on your future plans, friendships and group activities. Your desire to expand your world is further enhanced by the role of your ruler Mars. But it is essential that you listen to your hunches in the 2nd half of this month. 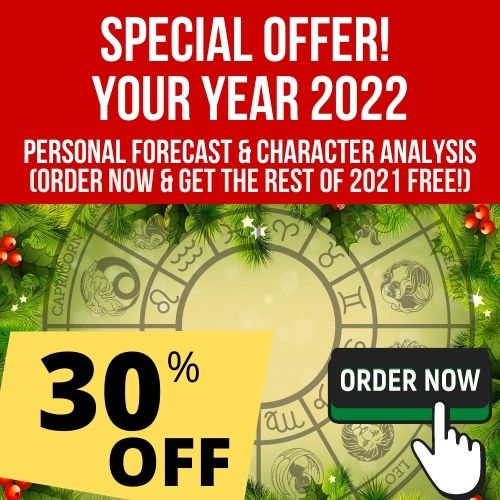 Talents that have lain dormant, or that you've not previously been aware of, can come into the open from midmonth. The next six months can be a time when your career can head in a different, but exciting fresh direction. Friendships are going to also be accentuated in the last half of February. Solo? You may find yourself being drawn into a passionate and rather idealistic love tie.

Balancing your intellect with your deeper emotions is going to be the challenge in the first half of this month. Being such a logical sign yourself, you could find yourself surprisingly indecisive, but what you can do, is gain as much knowledge as possible on any given subject. Someone you encounter in a worldly situation in the second half of this month, can though hugely inspire.

Resources may need careful handling early in February, but by mid-month there is the opportunity to improve your income in your Solar Horoscope, and especially if you take a more original path. With increasing influences in the sign of Pisces in the second half of the month, your appreciation of film, art, travel, history and education are emphasised. Everyday demands can though seem more oppressive.

The Total Lunar Eclipse of the last day of last month pours its potent energy into this one, and beyond. Balancing your individuality with your closest interactions is going to be the opportunity, but also perhaps the challenge in the months ahead. But the chance to chime closely with one special person is presented early in February. Just who this is, can be something of a surprise.

Practicalities can dominate early on, but this is also an opportunity for you to get to grips with any part of your existence which is not running quite as well as you'd like. Mars is making you restless this month, especially around home and emotional issues. But with a gathering of energies in your relating zone from midmonth, and Venus's combination with Neptune, relationship magic is possible.

You can feel really animated early in February, and all sorts of strands can be activated, or be re-energised. The Partial Solar Eclipse of the 15th, encourages you to be more spontaneous and live in the moment, and especially around relationships. But with Mars clashing with Mercury, Venus and Neptune, the demands of others can creep up on you as the month goes on. Firm up boundaries.

Work-life balance may be something of a euphemism these days, but it certainly can strike a chord with you in the early days of February. However, if you can get your foundations working more smoothly, a sensational set of planetary influences later in the month can really see you flourish, and especially as the Sun links with Saturn in the last week. Substantive changes can follow.

With Mars in your zodiac sign all month, on the face of it, life can be all systems go, and great progress can be made and your communication can sparkle. However, home, emotional or family issues can run much more sensitively in the second half of the month. You will benefit from working hard at retaining a logical approach to anything which affects your security and sense of self.

Saturn is becoming more entrenched in your zodiac sign, and you can start to see the areas that you really need to focus on, and those that are less central. Your resources can take centre stage within this, and there is an opportunity to improve your income, perhaps working from your home. Your ideas sector positively sparkles in the second half of the month, but avoid gossip.

With the Sun, Mercury and Venus all collaborating in your sign, and a fantastic partial Solar Eclipse also in Aquarius, this is a wonderful time to embrace your individuality and demonstrate to people what makes you so unique. As long as you are realistic, this can also lead to some improvements around your income. Sweet foods can tempt you, and could prove to be a diet breaker though.

Something you've been working on in the background for some while can start to come to fruition, and that's going to become much more obvious in the next six months. If this is linked to technology or a creative strand, the better you can do. Yet clarity will still be important around your professional hopes. Delightfully, your sex appeal is set to skyrocket in the second half of the month.

It's a high energy start to this month, but some disruption is possible with the Leo New Moon in week one, when sudden demands or costs can emerge. Saturn is also a powerful presence and impacts on the Pisces New Moon. Tap for more...

Venus links powerfully to Pluto as we enter the New Year but with Mercury rewinding, attention to detail will be essential. Fortunately later in the month, Mars, Mercury and Uranus end Retrogrades. Tap for more...

A powerful build up of energy in the sign of Capricorn develops, especially on the Winter Solstice when the Sun returns to the sign of the Goat, joining Mercury, Venus & Pluto. Traditions can be embraced but also challenged. Tap for more...

This month's Taurus Lunar Eclipse is going to amplify the intense friction between costs and income which has been building for some time. Still, with Venus in the mix mesmeric possibilities can emerge too. Tap for more...

Venus is set to have an incredible role and impact, aligning with the Sun closely across both the signs of Libra and Scorpio. This influence is particularly potent on the Solar Eclipse in Scorpio of the 25th of October. Tap for more...

Mercury begins its retrograde on the 10th, along with the Pisces Full Moon. With Mercury, the ruler of Virgo, this combination urges us all to balance the spiritual with the practical, as best as we can in these changing times. Tap for more...