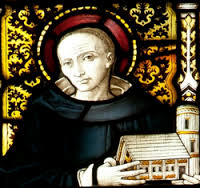 So far so good, but unfortunately Saint Piran was not actually Cornish; in fact, he was born in Ireland in the 6thcentury (although he did live in Cornwall later). He was involved in some unusual miracles, for example; his first disciples were a badger a fox and a bear. On another occasion whilst he was still in Ireland the local pagans tied the unfortunate chap to a stone and rolled it off a cliff into the stormy sea. The waves immediately calmed and he floated to Cornwall. There are events held to mark Saint Piran’s Day throughout Cornwall.

Indeed, in the 19th century there was a Cornish expression ‘drunk as a perraner’ which suggests some of the celebrations were less dignified than one might hope. Today, probably the largest event to mark his feast occurs at St Piran’s Cross where many people cross the dunes whilst dressed in black, white and gold and carrying the black and white Cornish flag or Baner Peran.