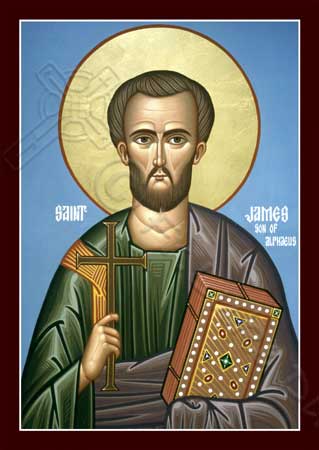 July seems a busy month for festivals in Spain and we’re back there again for the Feast of St. James which dates back to at least 865.

St. James is claimed to have visited Spain to preach during the Moorish occupation. His body was supposed to have been transported by a stone-built boat to Padrón on the Galician coast and then taken to be buried at what is now Santiago de Compostela.

In Galicia the 25th July is a public holiday and one of the larger celebrations, Dia de Santiago, takes place in Santiago de Compostela. The city is usually thronged with visitors and wherever you go you are likely to see many pilgrims who have taken the Camino de Santiago.

You can tell the people who have taken this route by their traditional walking staff and there are plenty of them; 100,000 pilgrims from about 100 countries will either walk 100 kilometres or cycle 200 kilometres in order to receive their Compostela, the official recognition from the Pilgrim’s Office in Santiago that they have successfully completed the camino. The busiest time are the days leading up to 25th July, which are the Dia de Santiago and the Dia de Galica (Day of Galicia).