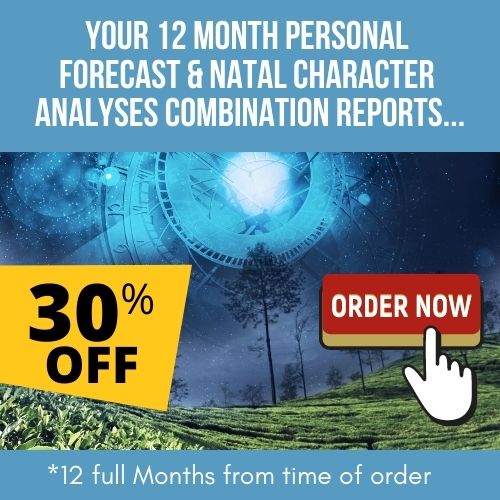 Year of the Monkey

The sign of the Monkey is associated with intelligence, diplomacy, restlessness and mischief. This is why the year of the Monkey will see key scientific breakthroughs in several areas. New drugs and cures will revolutionise the treatment of diseases, and combinations of 3D printing technology and robotics will drive the increasingly successful and naturalistic replacement of both organs and limbs. The use of health monitoring implants within the human body will begin to grow, and eventually in the further future become the norm.

Space and space travel will repeatedly hit the news with surprising discoveries both in our own solar system and beyond it. This in turn will create an increased public interest in all things cosmic, which will be reflected in the popular media through film, television and literature. An important announcement will be made about the future of space travel.

Technological advancement will continue at its current rapid pace, affecting the habits of mobile phone and computer users. The new technologies will further integrate into our homes, vehicles, dating and shopping habits. There will be something of a backlash against the all pervading use of technology, with a polarisation between those that do take advantage of it and those that don’t. A movement of people wishing to be ‘offline’ and ‘off grid’ will grow. However, most will remain glued to their android phones.

In Britain the Conservative government will remain firmly in power and to a large extent their policies will largely successfully reform welfare, employment and the construction and power industries. The political forces arraigned against the Conservatives will grow increasingly nasty and desperate and there will be demonstrations, some of which will become violent. The ugly face of trade unionism will show its true visage.

David Cameron will only achieve limited success in his quest to reform the European Union, and the question of whether Britain will be in or out of it will become major. The referendum itself will be in the public eye and occasionally turn into an insult slinging charade. UKIP will come to the fore again with this issue but suffer more scandals at the hands of its lunatic fringe. The party will struggle to keep its support as the media continues to fight a hard and biased war against it. Other nationalist forces will grow in the background and within UKIP. However, towards the actual time of referendum UKIP will see a huge resurgence.

With outbreaks of terrorism and radicalisation constantly making the news, fresh laws will be introduced to combat it. Public opinion will largely turn against the incoming refugees and migrants pouring out of Syria, Afghanistan and Africa. In part this will stem from public nuisance and violence emanating from the refugees themselves. The same will happen across Europe. In Germany and to a certain extent France there will be violence as a result of the huge numbers of incomers entering, and a rise of extreme right wing political parties such as the NPD. As a result other political parties will veer rightwards and Angela Merkel will face great challenges if she is to hang onto power. Nations such as Hungary, Macedonia, Bulgaria and Croatia will increasingly steer their own course, closing their borders to refugees.

The actual number of refugees will increasingly result in nasty scenes and many more deaths. At times it will seem as if a hungry world is banging on the doors of Europe.

The conflict in Syria will escalate with Russia taking a firm hand. Iran will also involve in many ways. Tensions between Europe, America and Russia will grow as President Putin resolutely ignores their whining. America in particular will threaten further sanctions against Russia. Unwise voices in both Europe and America will call for action or even armed forces to be used against Russia. If they allow Putin to lead his country and his foreign policy as he wishes, peace will rein, but if they endeavour to force him to change course old shadows will emerge. If conflict begins there will be catastrophe and no winners. Wiser public voices will state that the forces of radical Islam are the true enemies of both East and West, and that co-operation is needed.

Within Syria itself the confusion will grow greater. The rebel forces arrayed against Assad will become ever more infiltrated and guided by Islamist forces. The war will come to several European countries.

Violence and open conflict will break out in Palestine and on Israeli streets. Many voices will condemn Israel’s actions but they will be left with little choice as to how to respond to the forces fighting against them.

There will be terrorist incidents and civil unrest in Turkey, as well as action by their armed forces, either internally or on their Syrian border.

Expect at least one major earthquake and in several places the sea itself will be under threat. Drought will engulf several African countries, and also affect the Middle East.

Despite a few blips Britain’s economy will continue to grow. Foreign investment will play a greater role in this. A Chinese influence will be seen in many things as trade between the two countries mounts. The Conservative government will make concessions to the Chinese leadership as they will feel indebted to them.

The Labour party will have internal strife, and despite embarrassments for Jeremy Corbyn, he will attract a larger public following. At the same time many old Labour followers and activists will become disenchanted with the changes he makes. A leadership challenge will begin to accumulate power.

The Liberal party will remain in the shadows with hardly anyone taking any notice of them. They need an inner revolution and complete change if they are to compete effectively in the political system within the next ten years. They cannot stay the same and survive.

A backlash will occur against the child abuse witch hunts which have blackened the names of innocent men such as Leon Brittan, but simultaneously at least one key public figure will be brought down by true revelations of this kind.

British planes and airports will be under terrorist threat again.